Jackie Hoving is inspired by wildlife, especially animals and their natural survival instincts. She is particularly interested in the duality between the beauty of nature and its often aggressive reality. In this series of collages, Hoving uses marbled and origami papers to depict birds either in flight, hunting, or perched. The colorful and patterned papers are cut into various shapes and layered to define each bird's unique characteristics - a tail, wings, claws, and body. The paper is usually combined with paint, typically used to indicate the subtle, less active areas of the background or landscape.

Hoving has said that her collages have been influenced by John James Audubon, (1785 - 1851), a painter well known for his realistic renderings of North American birds. Like Audubon, Hoving's imagery is lively and often dramatic with bold colors, patterns and action-oriented narratives. But as a result of her decorative surface treatment, the imagery is partially abstracted and stylized because of its materiality. Hoving's collages emulate the essence of nature - they are simultaneously beautiful yet embedded with an underlying theme of survival. 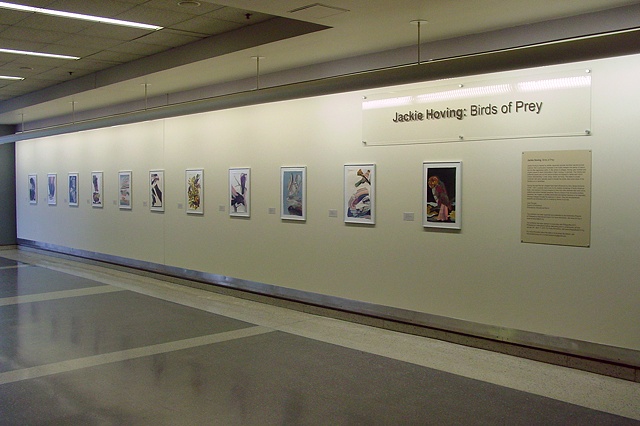 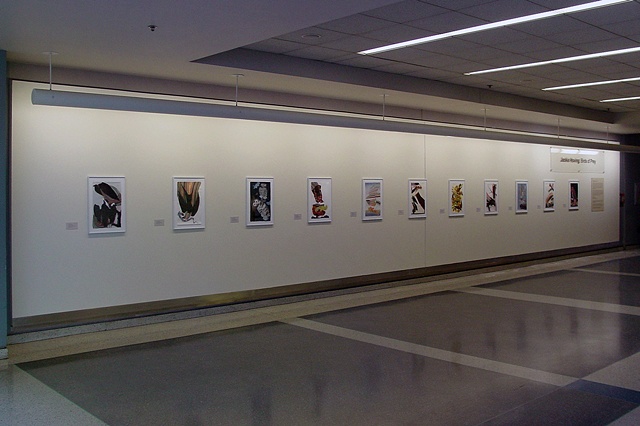 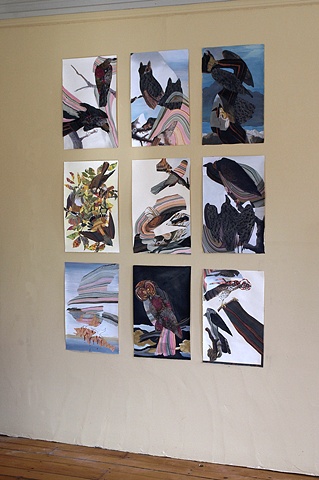 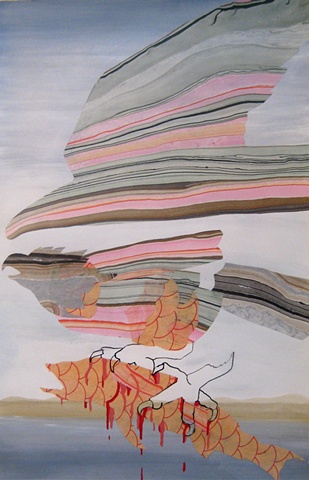 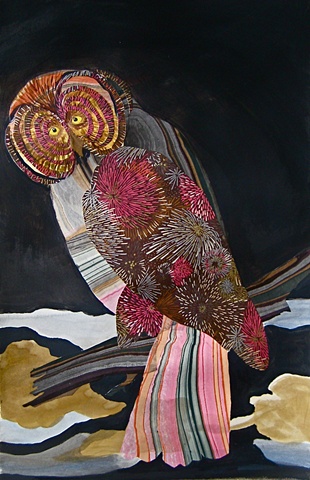 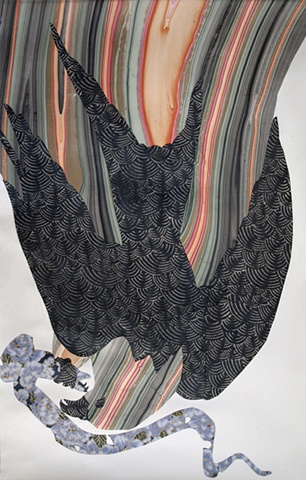 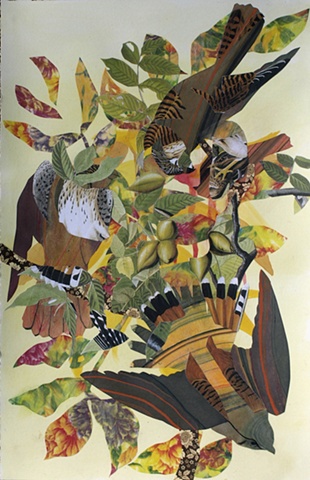 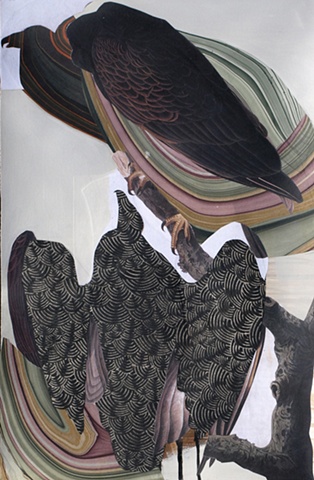 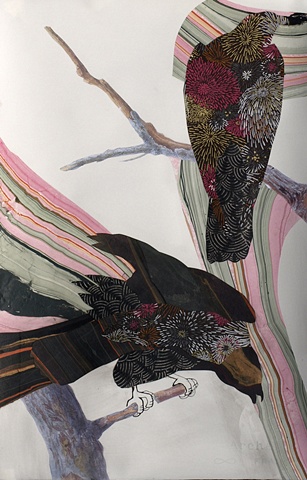 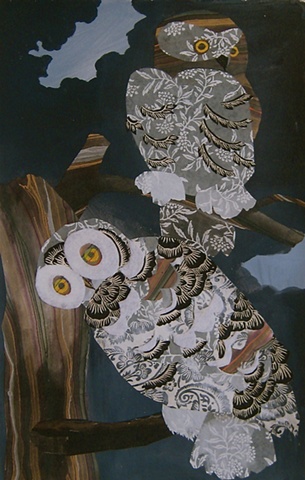 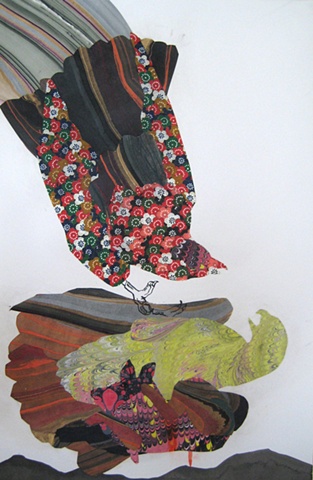 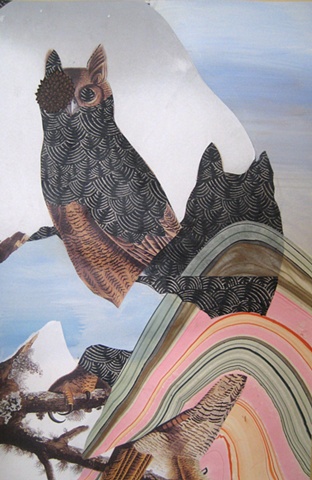 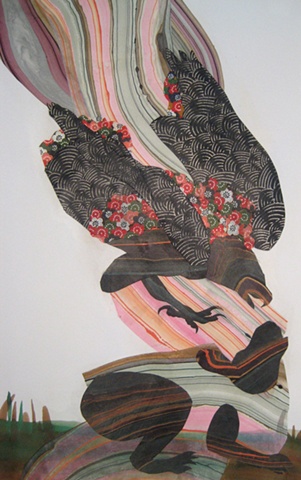 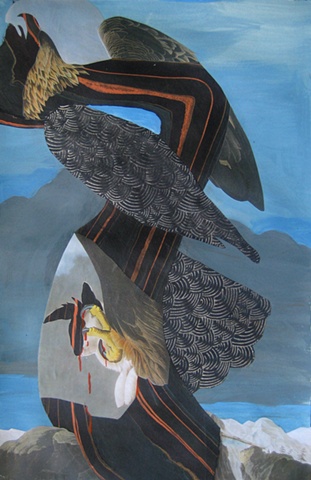 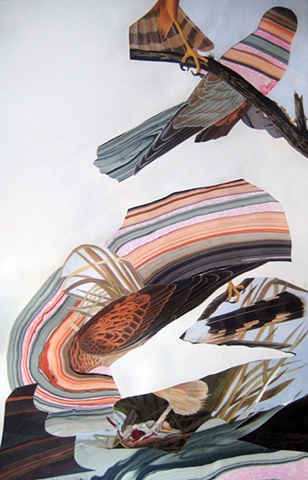 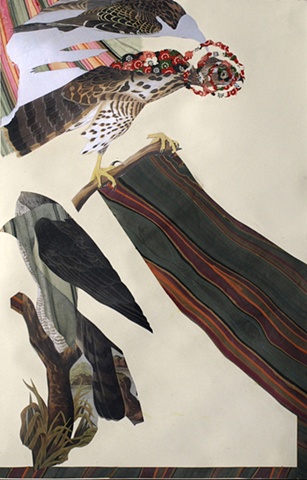 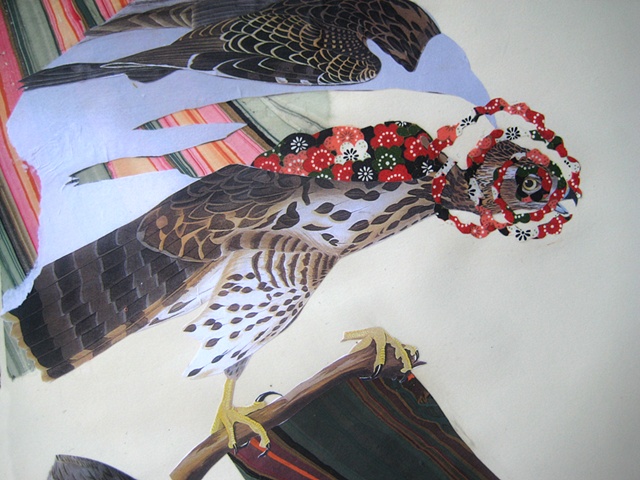 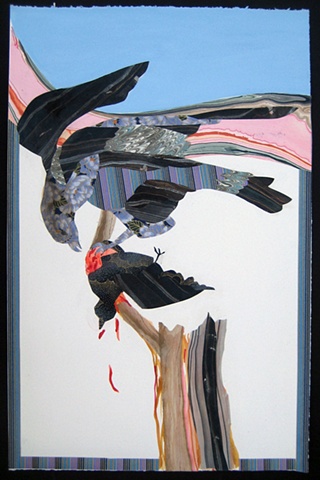 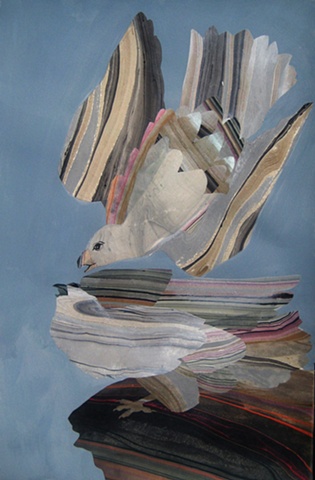 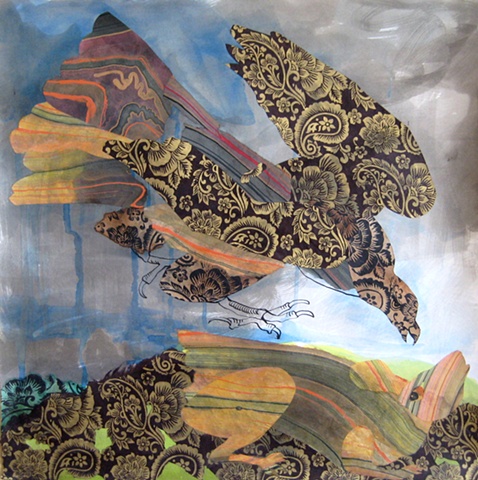 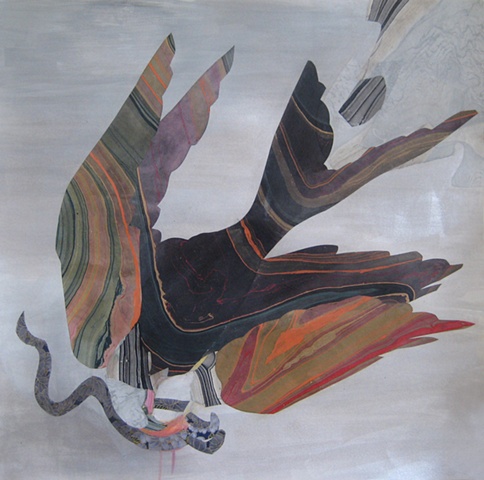 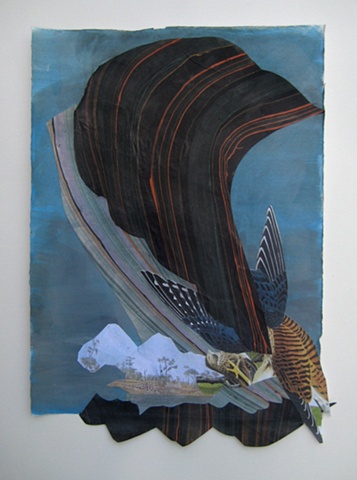 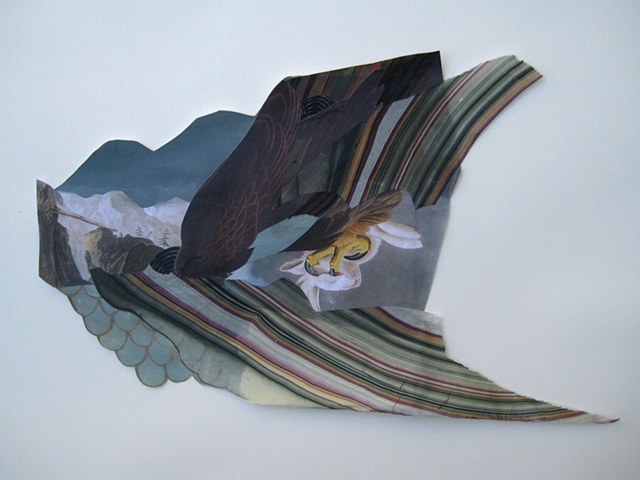